Further to my last post on the Beirut Blast on 4th August 2020, I read with interest the attached article below on the situation with the safe handling of dangerous goods at Sri Lankan Ports. While it is heartening to note that the SLPA has sprung into action to review the risk profile of its ports with respect to handling of all Classes of Dangerous Goods including Class 5.1 Ammonium Nitrate, it concerns me that the reference point is the IMDG which I would respectfully point out that this IMO (IMDG) Code is specifically focused on Carriage of Dangerous Goods on board ships and does not pertain to storage and handling of Dangerous Goods in Port Areas. While there may be some common principles that can be drawn, the conditions and risk profile of a dangerous cargo on board a ship is quite different to that in a Port Area. At best the IMO Publication: Revised Recommendations on the Safe Transport of Dangerous Cargoes and Related Activities IN Port Areas 2007 Revised Edition should be a good point of reference when it comes to assessing the risk profile of a port with respect to dangerous goods. This publication is somewhat limited on Class specific guidance – it covers Class 1 Explosives and Class 7 Radioactives in some detail albeit limited but does not cover other Classes including Class 5.1 Ammonium Nitrate. This is where ports handling such dangerous cargoes need to engage with industry experts on logistics of such dangerous cargoes to ensure the risks associated with handling and storage are identified and adequate controls are in place to ensure the Port is operating, at bare minimum, at ALARP (as low as reasonably practicable) risk levels. It would be recommended that a detailed Class specific (product specific if warranted) SOP be drafted and posted on the Port Website for easy access for all port users. A quick check on some Port websites indicate this is not the case which perhaps needs to be addressed with urgency to ensure lessons learnt from past incidents such as this are not ignored.

The Sri Lanka Ports Authority (SLPA) assured the business community and the general public that all Lankan seaports were safe from dangerous cargo as they were handled in conformity with UN regulations.

This assurance came from Sri Lanka Ports Authority Chairman General Daya Ratnayake in the aftermath of the explosion at the Beirut seaport in Lebanon last week, where 2750 tonnes of Ammonium Nitrate, imported and stored from 2014, exploded. The SLPA Chairman was responding to a question from Local Media as to whether similar threats existed in the Sri Lankan seaports as well.

This also follows President Gotabaya Rajapaksa telephoning the SLPA Chairman last Wednesday during which the President had told him to take fresh stock of the situation and to rectify any shortcomings if there were any. This was followed by a meeting on Friday morning which was chaired by the SLPA Chairman which had SLPA officials, Customs officials the four Terminal Operators, Jaye Container Terminal (JCT), South Asia Gateway Terminals (SAGT) which operates Queen Elizabeth Quay and Colombo International Container Terminals which operates the Colombo Terminal of the Colombo South Port.

The SLPA Chairman told local media that there were the Ports of Colombo, Galle, Trincomalee and Hambantota which came under the SLPA. He said that there were various cargoes which included explosives, dangerous chemicals which were handled by the ports, but which were handled and discharged under the guidelines of the International Maritime Organization (IMO), the security arm of the United Nations. These guidelines have been specified by the International Maritime Dangerous Goods Code and the nine categories under that are: Explosive materials (Class 1), Gases (Class 2), Flammable Liquids (Class 3), Flammable Solids (Class 4), Oxidizing Substances and Organic Pesticides (Class 5), Toxic and Infectious Substances (Class 6), Radioactive Materials (Class 7), Corrosive Materials (Class 8) and Miscellaneous Dangerous Substances ( Class 9)

Meanwhile, SLPA Additional Managing Director, Upali de Zoysa, told the local media, that all the port operators have taken the maximum precautious regarding the handling of dangerous cargo while taking the minimum risk in accordance with the UN regulations.

He said that a majority of the cases where explosives were imported were the three Armed Forces which were also discharged expeditiously. If certain items which were not collected by the consignee, they would be auctioned by the Port Operators within 21 days, he said. 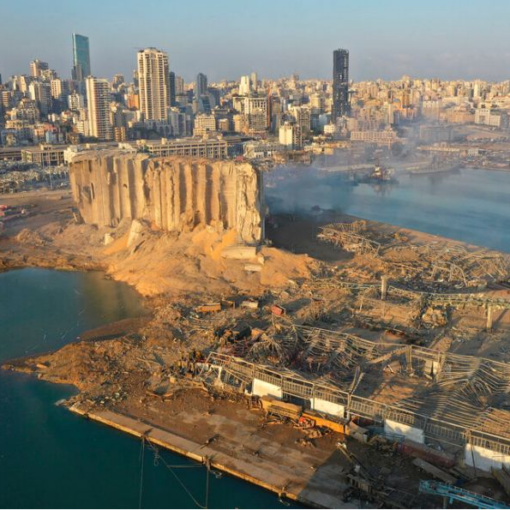 Beirut Blast – August 2020 The tragic Beirut Blast has drawn varying reactions from anguish to anger or despair to dismay. And […]